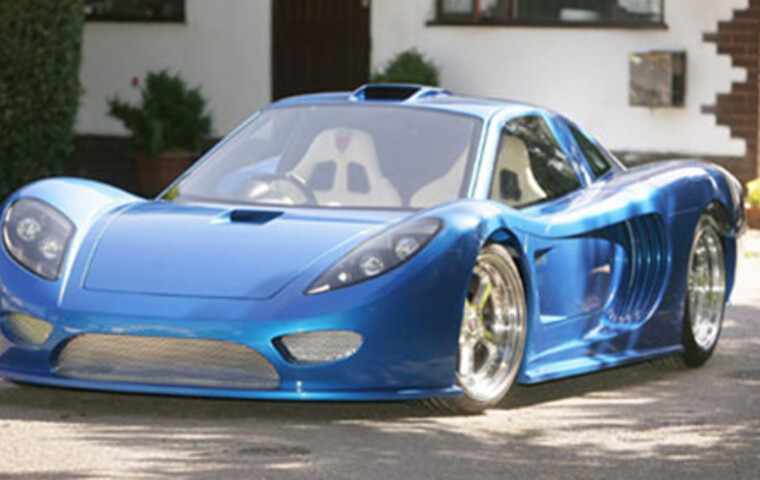 Where it all began
The TKR is fully engineered, developed, certified and even marketed by Barabus Sportscars Limited, they successfully created a 1005 BHP SuperCar which runs 0-60 in unheard of times. The idea was merge lightning acceleration like a Formula 1 car with raw power with the added extra of the everyday drivability, luxury & in a road car.
The TKR has been researched and engineered by the world’s most talented engineers, combine that with the use of cutting edge technologies and race tuned parts, and you have a serious piece of kit. It looks a cross between a Koenigsegg CCX and a Saleen S7. The supercar itself is driven by an all aluminum V8 engine, rebuilt with racing components and re-tuned, basically re-engineered by Barabus, and then modded with twin turbo's and twin intercoolers to keep her cool.
This type of development and race engineering is capable of creaing 1005BHP at 6800 rpm.
Barabus claim the TKR will travel 270 miles per hour and reach 0-60 mph time of 1.67s and hit the redline @ 7500 rpm.
When you look at this car one thing screams out at you, that of Italian Supercar, however there is one difference such as Ascari and thats, that the V8 engine is British engineered and TKR supercar itself is to be built in Colonella, Italy, therefore demonstrating a "best-in-practice" philosophy, using worldwide parts and expertise.
The auto needs some pretty impressive stopping power, this is solved by the addition ceramic brakes.
As for getting your hands on this motor, well the car is available globally through a pre selected range of Barabus certified dealers specialists in exotics & supercars. It is thought that 300-400 models will be made and sold over a 3 year period, at a price of around 660,000 USD or £360,000. Can this challenge the Bugatti Veyron.
The official Barabus website quotes 'The TKR is designed to compete with the world's fastest, quickest, best handling, most luxurious grand touring cars in the world'.
Lets see how it fairs.
Tweet