The 1st rear wheel drive car to be designed & manufactured was the Cortina. Sir Patrick Hennessy, chairman of Ford Britain saw an early concept in the Detroit facility his response was amazement. Sir Patrick Hennessy ordered Britain's research & development team to proceed at once in designing a rival to the German design.

The British team achieved there goal and the first Cortina was available to buy in 1962. The car went from strength to strength, when the Mark II was introduced, over 1 million models had been sold. 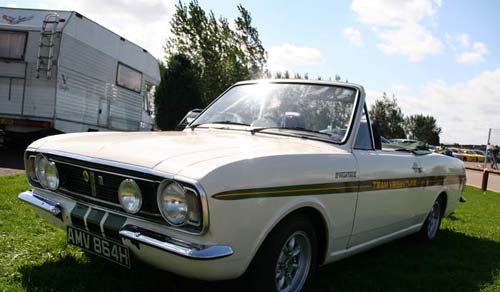 Dagenham was able to focus all its concentration on the new Cortina, & Halewood took over production of the Anglia 105E & the Corsair from 1963 onwards, till when it was superceeded by the legendary Capri range late in the 1960's.
The Cortina shattered all records, and was destined to become the 1st Ford to become No1 in an extremely saleable British car market. It was manufactured up until 1981 when the Sierra was introduced, the car had been success from day one, however a new model was needed to keep the faith in the general public.
Tweet