The Toyota Supra known as the Celica in Japan, the car is a sports car/ gt (Grand tourer) similar to the name Renault 5 GT (Grand tourer) Turbo, production of the car started in 1979. The Celica-Supra cars design was inspired by the car it goes by the same name of. However it became its own car in 1986, no longer was the car cast under the vale of this previous auto model, it even lost the Celica prefix. Part of the cars heritage, the engine comes from the little known 2000GT. The first 3 marks ran a descendent of the GT's M engine type. However all models ran an inline 6-cylinder engine, a piston configuration perfectly balanced, meaning very little vibration from the engine.

"Supra" is a Latin derivative meaning "over, above, beyond, or greater than". However translated into english it basically means "from above the heavens". The logo is that of a dragon. The Dragon was dispalyed until 1989 when it was rebranded to their oval logo. 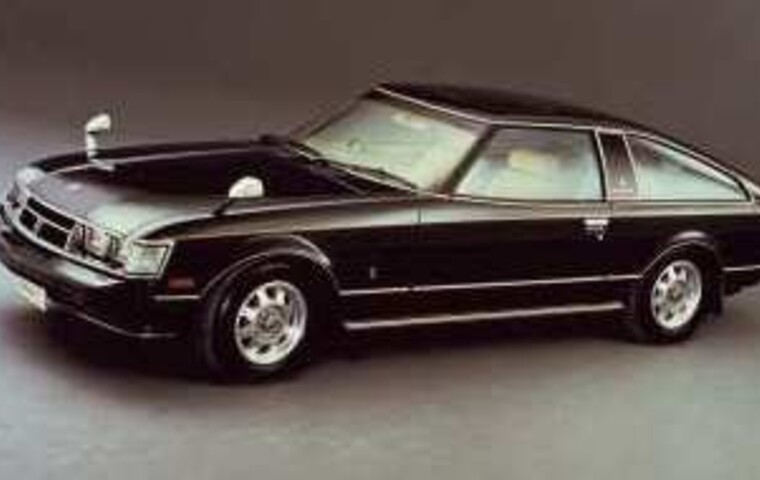 Manufacture dates : 1979-1981
Engine Code : MA4x
Engine: 2.0 Litre M-EU I6, 2.0 Litre M-TEU I6, 2.6 Litre 4M-E I6, 2.8 Litre 5M-E I6
Gearbox: 5-speed W50 manual, 4-speed A40D automatic, 4-speed A43Dautomatic
Wheelbase: 103.5 in (2628.9 mm)
Length: 181.7 in (4615.2 mm)
Width: 65.0 in (1651.0 mm)
Height: 50.8 in (1290.3 mm)
Curb weight: ~2800 lb (1270.1 kg)
The car came with either 4 speed or 5 speed, all round disc brakes, 4-link rear shocks with coilover springs, lateral track bar and stabiliser bars. The suspension at the front of the Celica Supra Mark 1 utilised a stabilizer bar with Macpherson shocks. The car came with optional extras including electric windows and central locking, cruise control and a custom trim with pull straps plus a sunroof.
1980, saw the BHP increased to 145 hp from a 2.0 L 12-valve SOHC Garrett T3 Turbocharger-inline-6 (M-TEU). The first Toyota car to have a Turbo, however no intercooler was fitted. The interior received a new centre console & digital quartz clock. On the outside the mirrors were restyled & 14x5.5 allloy rims were added, there was even optional leather seating and auto climate control, a truly luxurious addition.
1981 saw the release of an optional Sports Performance Package including sports suspension, white letter tires, front / rear spoilers. This car was the last Toyota auto to come with an 8 track unit. 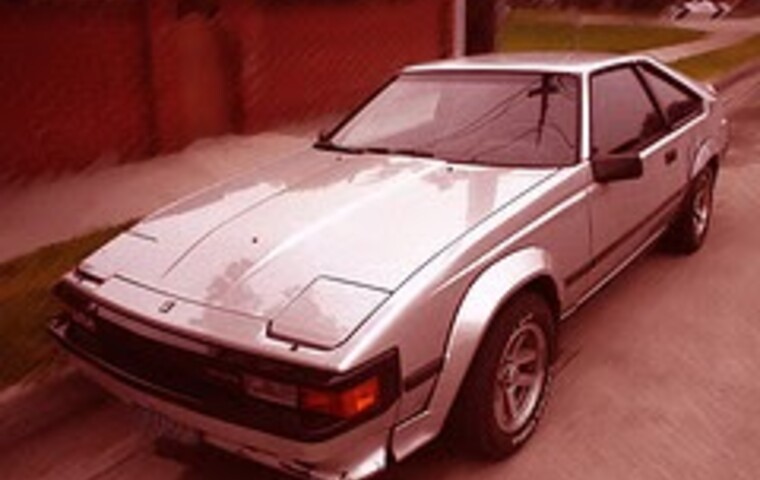 The North American Supra market were honoured with 2 models and many styles firstly the luxury version the L-type & of course a Performance Type the P-type. Both versions looked the same, however if you look closer many things varied including tires, wheels and interior and the exterior.

The P-type Supra came standard with a limited slip differential (LSD), larger wheel arches (Fender Flares) constructed from fibreglass for a more aggresive look in addition the P version came standard with eight setting adjustable sports seats, 14 x7 alloy rims until 1985 when the rim diameter size was increased to 15 x 6, and being a sporty version came with an analogue dash and even headlamp washers for serious cross country driving. After 1983 the car was available with leather interior.
L-Type Supra
This version came with many optional extras including a digital dash trip computer capable of calculating ETA, MPG & Trip. This came with a digital tachometer, digital speedo, electronic level gauges and 14"x5.5 alloy rims, but no LSD.

The US Celica Supra ran a 2.8 12-valve Straight 6 DOHCM-GE, capable of 145 bhp and 155 ft·lbf (210 N·m) of torque. The engine ran at a level of 8.8:1 compression, it was fitted with independent suspension on all wheels specifically tuned by Lotus it also came with assisted rack-and-pinion steering and MacPherson struts up front. The back of the car was fitted with semi-trailing arm suspension coil springs and anti-roll bar.
The interior came standard with electric window heated mirrors, central locking, cruise control, tilt steering wheel, just like all MK 1's. Other models included a sunroof, two-tone paint job, 5-speaker FM tape tuner head unit, the optional extra head unit consisted of a 105-watt amp with 7-channel equalizer.
In 1983 an electronic controller that adjusted the shift pattern for a balance between performance and economy was added to the box. The first of its kind to provide an "Electronically Controlled Transmission" (ECT) all at the touch of a button. The "Power" mode gave the fastest acceleration and "Normal" mode set all levels to otimium performance, later that year 1983 engine output was lifted to 150 bhp and 159 ft lbf of torque from the 5M-GEIn engine In 1984, Toyota changed the Supra quite dramatically. The overall power was increased to 160 bhp and 163 ft·lbf (221 N·m) of torque. The door handles were changed now opening by pulling up instead of pulling sideways. Toyota also decided to offer two-tone paint jobs on both types.
1985 an increase again to 161 hp (120 kW) and 169 ft·lbf (229 N·m) of 56torque. They also added a standard theft deterrent system and exterior mirrors had a de-fogger added this ran started when the rear demister was activated. All Mark 2 Supras from 1985 had automatic-cut-off lights and an auto illuminated start and fade lighting system.
Due to 1985 being the final year of the 2nd generation model, production delays for the 3rd gen mean't there were many surplus Mark 2 Supras leftover. therefore the Mark 2 P-Type was offered into quadrant of 1986. 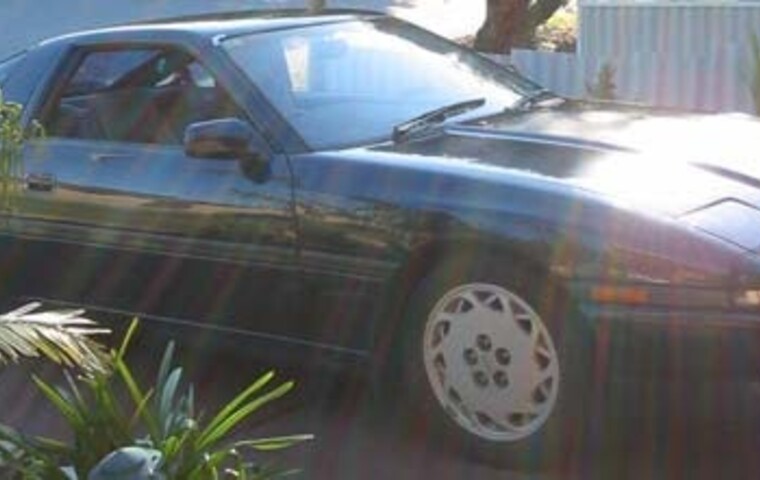 In 1989, the Mk 3 received new rear lenses, front bumper, badges and side styling amongst in addition the wastegate was modded and ECU tuned to gain another 2 bhp. In 1991 the alloy wheels were changed to 5-spoke 16x7 fitted with 225/50/16 rubber.
In 1988 the Turbo-A model was released this was a special Supra design targetted at the Group-A touring car world championships. Only 500 of the Turbo-A cars were ever made. The car was a tuned 7M-GTE with 263 bhp, this made its it the fastest Japanese road car till the dawn of the Nissan Skyline R32-GTR. The A was available in black only, it came with a grey leather interior, an upgraded intercooler, it also utilised a MAP + IAT sensor air meter, the car came with an upgraded compressor wheel on its CT-26 turbocharger unit.
The 3rd gen Supra was state of the art it came with 4-channel ABS and TEMS (Toyota Electronically Modulated Suspension) to set the auto's shocks, as well as double wishbone suspension all round.
The 7M-GTE MA70 can perform a 0-60 mph time in 6.6 seconds with 6.8 psi of boost and a 1/4 mile in 15.1 reaching 93 mph
Top speed 149 mph 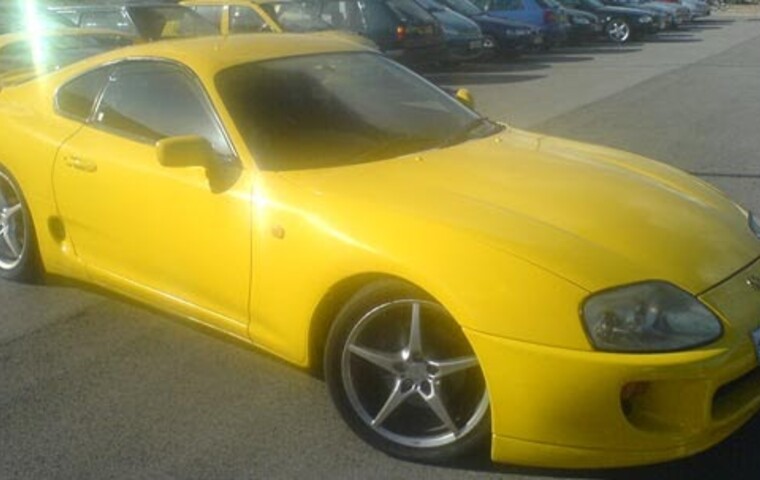 The Supra cars engine produces upto 1000 bhp with ease with the standard twin turbos a few tuning parts such as bolt-on upgrades boost controller high-flow exhaust manifold & full system. All versions were restricted 180 km in Japan and 250 elsewhere on the globe.
The MK IV Supra's came with sequential twin turbos rather than the parallel type. This setup consists of two turbos of equall size, this reduces turbo lag. The Jap Supra cars turbo came with ceramic blades where as European & US markets had steel blades.
Engine takeoff explained:-
Setoff - The Exhaust is routed to the 1st turbo this reduces turbo lag resulting in more boost and torque this was noticable very low down the revs at around 1800 rpm.
4000 rpm - the exhaust system is routed to the 2nd turbo charger, this creates pre-boost mode.
4500 rpm - the 2nd turbo is merged to the intake air, both turbo-chargers now are operating in parallel.
To cope with the additional engine components and setup the Mark 4 was given a 6-speed Getrag transmission on Turbo versions and the naturally aspirated received a 5-speed manual.
Weight reduction
The Supra turbo came with 235/45/17 rubber on the front and 255/40/17 rubber at the rear. The naturally aspirated model came with 225/50/16 front & 245/50/16 rear and five spoke aluminium alloys. As the new version was targetted at the Supercar market, the weight was reduced mainly by the use of hollow carpet fibre's. The car had an Aluminium constructed roof, targa top , front crossmember, oil sump, and A-arms. Many of the components were lighter to including head bolts dished out, plastic fuel tank, gas injected rear spoiler, magnesium steering wheel and a large single exhaust tip. The car was also given more features including airbags, traction control, bigger brakes, larger rims even with these extras it still weighed in at around 100 lbs lighter than the Mark 3 Supra.
All 1997 to 1998 Supra models included badges with Limited Edition 15th Anniversary on them.
In 1998 the naturally aspirated version was changed to a VVTI increasing bhp 5 hp and 10 ft·lbf of torque. The Supra Mark 4 Turbo was never available in California, New York or Boston Massachusetts with regards to change in their emission regulations.
These cars have been modified to pull a quarter of a mile in around 7.9 seconds and develop 1500 BHP. The standard 2JZ-GTE engine is extremely durable & rugged, it can be tweaked upto 1000 bhp as standard with no uprating of internal engine parts. This places the Supra's 2JZ-GTE engine in the same league of the RB26 engine, the Skyline GTR. A standard MK IV Supra is world renown for roadracing its lighter than either the R33 or R34. The Supra & Skyline and RX7 by Mazda are all seen as natural competitiors in Japan in either street racing or track racing. The 2JZ engine has altered little since its release in 1993.
In 1998, Toyota stopped importing the Supercar into the U.S. from Japan, the car was eventually killed off in 2002 due to new emission regulations being introduced in 2003.
1999 saw a complete halt in sales in the US, then in 2002 Toyota officially stopped all manufacturing in Japan.

What about a revival of the Supra. The car was first deemed to be the flagship or halo model in Toyotas car division, alledgedly running a race tuned V8, costing around $60,000. This myth came about due to numerous vehicles being spotted round the Nurburg ring Germany these test cars were however future Lexus cars.
Toyota have never released any data or articles or press releases ralting to a new version as of yet.
The Toyota GT86, the new Supra?
Tweet