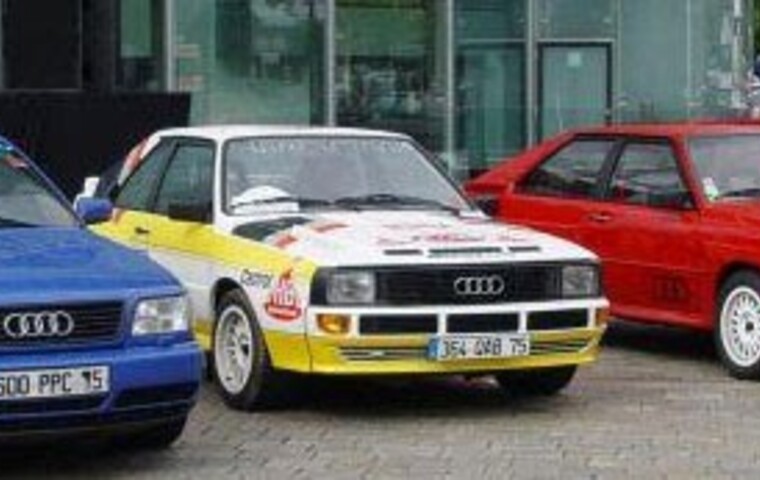 The Audi Quattro, this car single handedly changed the course of rallying history, the car has great historical significance as a Rally and road car. It is special due to it only the second car to feature AWD the first being the Jensen FF in 1966.
The car model name is "Quattro" using a capital Q, this is differentiated between the drive system signified as a lowercase q.
The original Audi Quattro first saw life in 1980 was released in 1980, it was the first auto to combine a Turbo charged engine with an All Wheel Drive System. The engine was was a 2.1 Litre, with a SOHC, this featured a 10 valve straight-5 setup, with 160 bhp. As the models progressed so did the break horsepower creeping up to 200 bhp twin cam. The Quattro UR is recognised as a milestone rally car, and it took advantage of rally rule changes allowing cars to run all-wheel-drive. 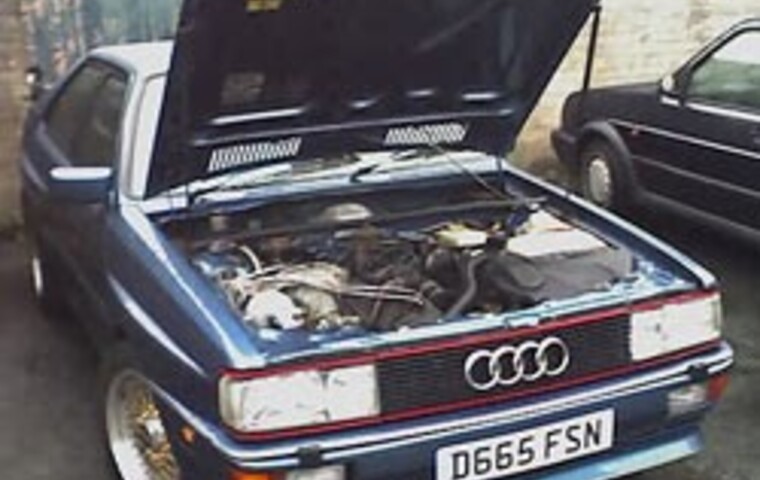 The car and its setup was doubted by rally critics it was believed there heavy body & complexity would slow them down, how wrong could they have been. It was an instant success, the first rally it participated it won, and from that day it fully dominated for the next two years.
11,000 road cars were produced cars between 1980-1991. The Audi body style had very few body changes, from 1985 a new sloping front grill, headlights, trim and new badges were added.
All VAG's ( Volkswagen Audi Group) Quattro cars were built in Germany by a specialist Audi divisionhand by hand, the division included specialist engineers, developers, mechanics and researchers.

The Sport Quattro was developed solely for Group B rallying, however as it was a rally car a production car had to be offered, this version was a limited edition model with a significantly shorter wheelbase. This model is very rare, lighter than other models rally tuned and demonstrates optimum handling and extreme power.
Tweet