It will come as no surprise when I say a new Bentley Continental is now on the horizon, after selling tens of thousands of the luxury GT car over the last 14 years. Most popular with the super rich, and firmly establishing a place in just about every premier league footballer’s driveway.
The Continental has had several face lifts and iterations of engine to choose from, some better than others. Extensive updates to the cars handling and performance capabilities have also come along, and with offerings such as the GT R, Continental owners had a performance alternative. This has meant that the outgoing Continental is in no way an old tired car, crying out for a replacement. All I will say is; the new car has got some big boots to fill.
One of our very own Planet Auto journalists Heather has owned the Bentley Continental GT3R edition for some time timeas this to say about the British marque:-
"As recent owner of a gorgeous 2015 Bentley GT3-R, I can think of a few words to describe it: Carbon Fiber, 0-60 in 3.4 seconds, and Exhaust Heaven.
Despite weighing in at a whopping 4,937 pounds, 0-60 in 3.4 is simply incredible.
Being in the driver's seat attempting 0-60, it felt much shorter.
In all of it's AWD glory, and 592 horses, I can say it is the fastest road going Bentley yet. The burbles and pops coming from the Akrapovic setup were so far the greatest soundtrack in a car that I have experienced. (So Far)
The drive feels as though you are floating on an Alcantara Cloud. And well, you are! Amazing luxury ride with the power of a Supercar!"
Heather Cline-Wehrly
There are no firm release dates as yet, however, we expect to see a launch in early 2018 for the standard Continental, as well as it's GT and convertible counterparts.
What makes this exciting is they are all based on a new platform, co-developed by Porsche. This does mean that the Continental will be sharing its platform with the new Porsche Panemera which we should expect to see around a similar time. Obviously there shall be extensive differences between the two cars to suit their purposes: one built for performance, with plenty of carbon fibre; the other to provide exquisite luxury, boasting more leather and wood than most stately homes.

Despite this level of luxury, one of the main advantages will be a distinct weight saving over the outgoing model - an aluminium body with steel reinforcements, much like the Bentayga. With the current car weighing in at 2.3 tonnes, the new cars diet trim really won't be a bad thing. However it has been stressed the new car shall not be below 2 tonnes. 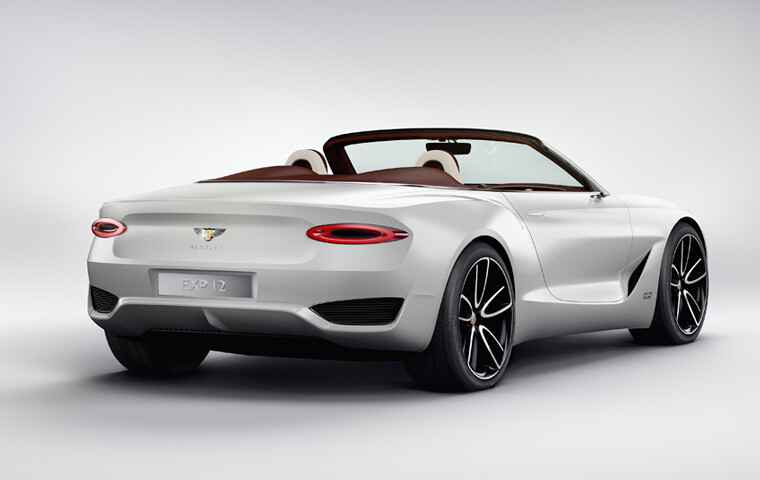 Surprisingly Bentley shall not be dropping the much loved V12, they have in fact given it a power boost (18bhp). There shall also be a V8, which should well exceed 520bhp, which I expect will be the most popular unit. The new relationship with Porsche is also going to be a factor when it comes to choosing your new engine too. A V6 plug-in hybrid is also going to be made available, expected to be much like the unit found in the Porsche Cayenne and new Panemera hybrid. An unlikely but still possible addition to the line up could be a diesel V8, most likely lifted from the Bentayga, despite fuel economy (although probably not the biggest concern to Bentley owners)

It will be great to see the new Continental when it is launched later next year. However my only worry is the merger with Porsche may go too far. Spyshots show a significant resemblance to the concept car shown at last years geneva motor show, as seen in the images above.
Tweet