The most highly acclaimed Citroen car ever made, made infamous due to its debut in James Bonds For your eyes only.

The 2CV was released 1948 on the Paris Autosalon, designed by Pierre Boulanger it was a start of the show with its extraordinary design. The stand was flooded with people gazing at its revolutionary design and it's technology. The car even had suicide doors, greatly desired in todays cars. 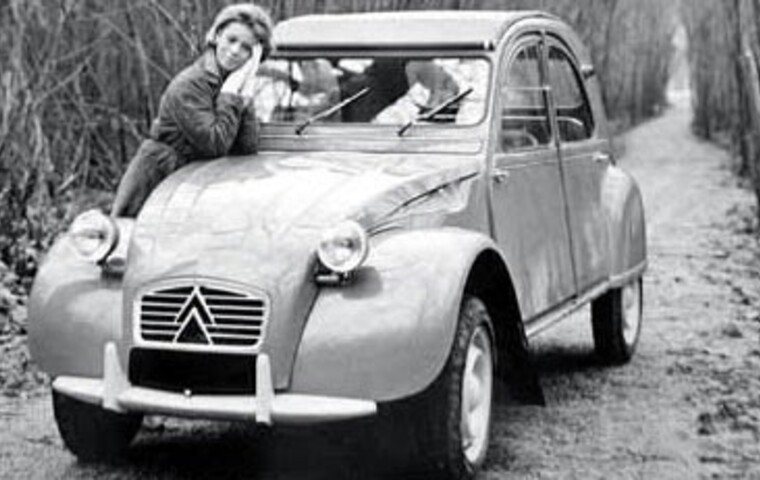 This car was designed for one simple job, to take a basket full of eggs over the country roads and ploughed fields without breaking one.

The 2CV is a very light, very economical and extremely cheap to buy. The ideal car for the masses.

Major production of the automobile started back in 1949 with the A Version a 375cc 9hp engine, it came with a basic grey metallic body and a very limited interior, 2 years later a van was added to the range, with each year the 2CV became more popular with new models being released in 1954 including the Berline and Cammionette featuring a 425cc 12hp engine, with a centrifugal clutch.

Citroen started to think maybe they should add some more luxury to the car therefore released the AZL, a luxury model of the of the AZ, this model was blinged up with a full chrome trim. An added extra the Bootlid was released in 1957.

In 1958 the French car manufacturer took the bold step of turning the 2CV in to a 4x4. The Citroen sahara was released the 4x4 was made possible by adding an additional engine in the boot to drive the rear wheels. 1960 saw the release of the AK350, basically a longer version of the AZU but running a newer AMI6 602 engine.

The 2 CV is now known for its suicide doors, however in 1964 Citroen changed the door setup and removed the suicide doors and replaced them with rear opening doors. Side repeaters were added in the front wings and square headlights to the front to create an icon, AK400 a longer version was released, however the car didn't last forever the Acadiane was the last to roll of the production line.

An end of the era came when production of the Citroen 2 CV ceased for ever.